In desperate need of some tlc!

Our poor little windowsill plants have been rather neglected over the past month or so as general life has taken over and all got a bit hectic. This has led to some pretty dead looking plants as can be seen from the picture below. So today I have spent a few hours now giving them some much needed tlc and chopping away a lot of unneeded foliage in a bid to try and put a bit of life back into them. 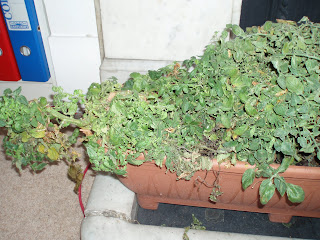 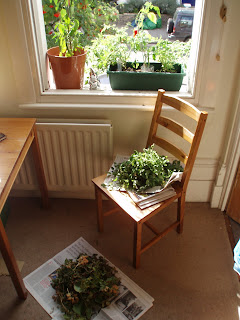 The ones that went for a tumble unfortunately didn't get moved back out on the windowsill from the fireplace until just now and leaving them in the fireplace has made them go a bit crazy and grow all over the place. They had grown so many new leaves that they were all starting to die on the inside and some of the tomato plants needed major chopping back pretty much right to the stem. And when I started to chop heavily back I also found some pretty dead oregano plants that had been completely smothered out. 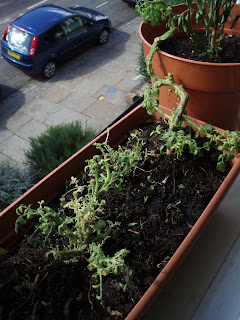 However there are some little sprigs of hope so fingers crossed it's not too late to save them. I've put the troughs back out onto the windowsill now so we'll have to wait and see whether or not it's now too late in the season for them to regrow and get any tomatoes.

It's not all bad though and we've got some very healthy looking sweet peppers and cherry tomatoes that are almost ready to harvest. Yum! 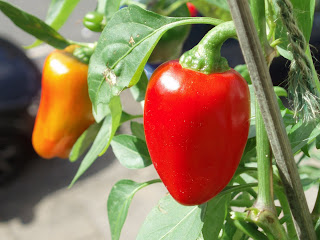 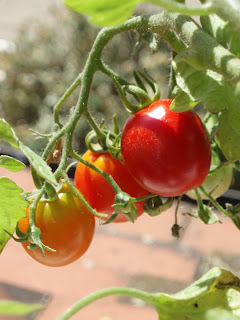