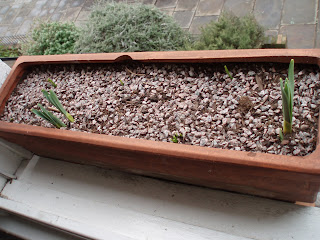 The longest standing members of our windowsill garden experiment haven't even been introduced yet! We planted some daffodil bulbs in a windowbox outside our kitchen window back in November and all seven bulbs are doing well. We've got three different types in there, one of which was supposed to flower in January (!!) and the other two March/April flowering varieties. To date we've got lots of green shoots but no flowers.

Here's some photos of the daffodils story so far... 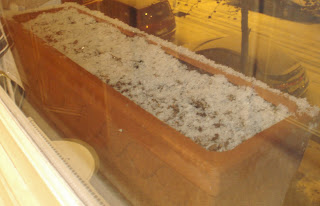 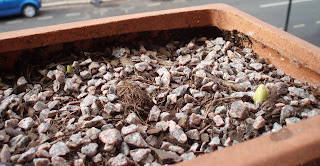 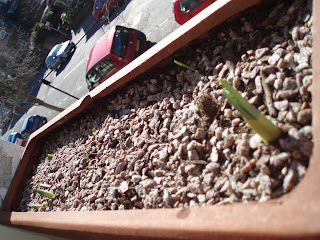